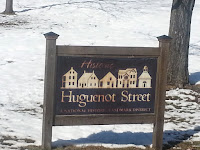 Ever since reading The Island at the Center of the World: The Epic Story of Dutch Manhattan and the Forgotten Colony That Shaped America by  Russell Shorto, I have been fascinated by the history of the Dutch in America. That fabulous book (read it if you haven't!) focuses on the island of Manhattan, as the title indicates. But while New York City has paved over most vestiges of its Dutch past, just a few hours north of the city, an entire Dutch colonial settlement survives intact. 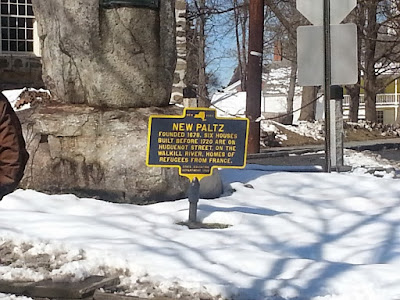 New Paltz, New York's Huguenot Street is one of the oldest continuously occupied settlements in the United States. First occupied by American Indians, in 1678 French protestant John Calvin, purchased the land now referred to as Huguenot Street after fear of persecution in France led them to flee to first Germany and then, in the 1660s and 1670s, to the religiously tolerant Dutch colony of New Amsterdam. 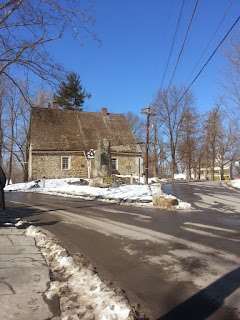 On a plot of land purchased from Esopus Indians, the Huguenot pioneers built a community which included farms, orchards, and a church. The initial wooden structures were replaced by stone buildings in the Dutch colonial style. Unlike traditional Dutch architecture, many of these structures are modified so the gable ends do not front the street. Their interiors, which I did not have the opportunity to see, also retain New World innovations. Historically important details include the Jean Hasbrouck House's original (1722) jamb-less fireplace which is remarkably one of only three extant in America. Read more about it here. 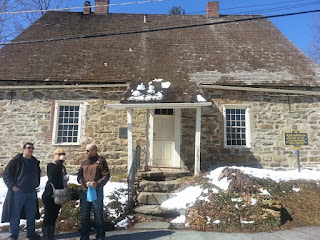 The historic importance of this community was recognized as early as the 1890s when a non-profit organization was founded to purchase and preserve the buildings in situ. Huguenot Street is now recognized as a National Historic Landmark District covering 10 acres and including 30 buildings of which seven are stone houses dating to the beginning of the 18th century. 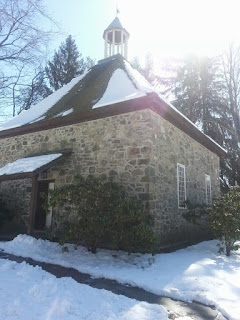 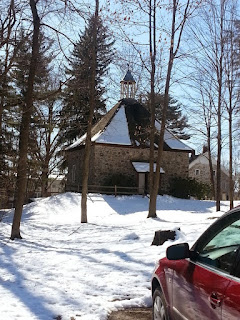 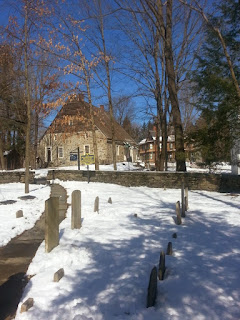 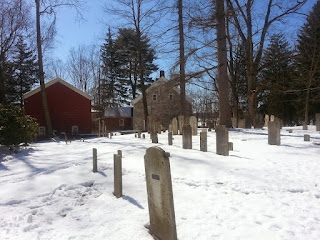 The cemetery containing the tombstones of some of the original settlers 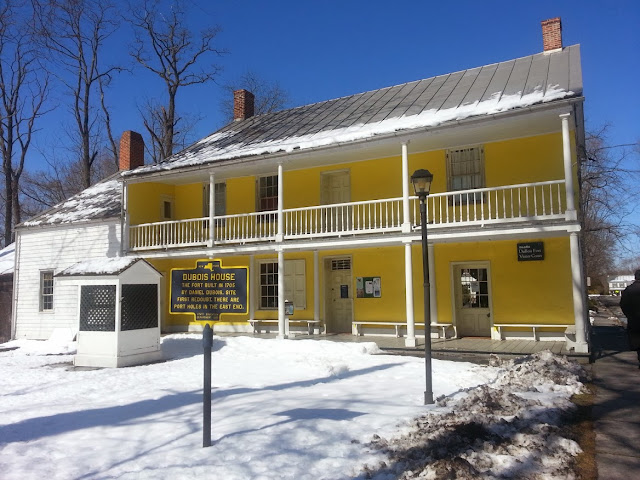 The DuBois stone "fort house" was built by one of the original settlers, Louis DuBois, whose descendants still live in the area 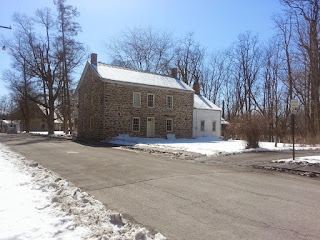 Another view of the DuBois house 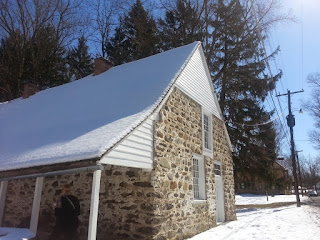 Unfortunately, I only have this side view of the Bevier House, built in 1698 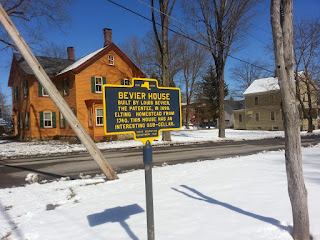 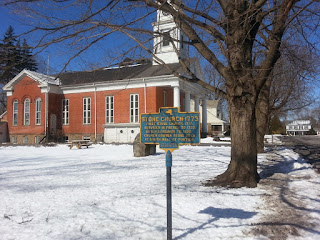 This Greek Revival church was built in 1839 but its congregation dates from 1683. Read more about its history here. 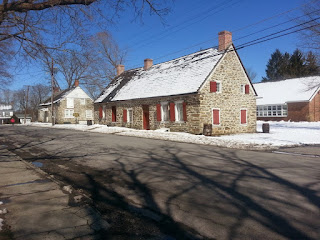 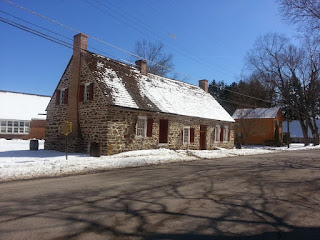 Here are a few more shots of Huguenot Street from the beautiful early spring day that I visited: 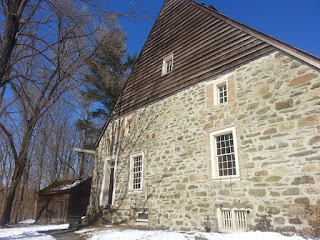 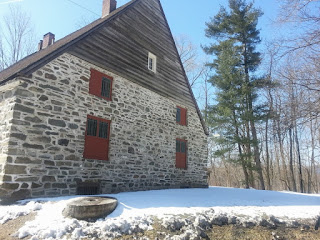 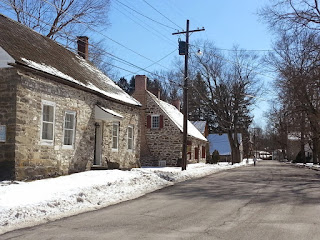