Three weeks ago Hurricane Sandy made landfall and devastated New Jersey, where I live, as well as New York City, where I work. While trying to get back to "normal" with public transit and power outages still affecting daily life and while helping my neighbors who have lost so much, I've been thinking a lot about a trip we made recently to Snug Harbor in Staten Island. Founded in the early 19th century as a home for "aged, decrepit and worn-out" seaman, Sailors' Snug Harbor is now used as a cultural center and botanical garden and noted for its variety of architecture, which appears to have been spared the damage suffered by other sections of New York's "forgotten borough" although the grounds suffered "substantial tree damage."

The Greek Revival buildings of Snug Habor have landmark status 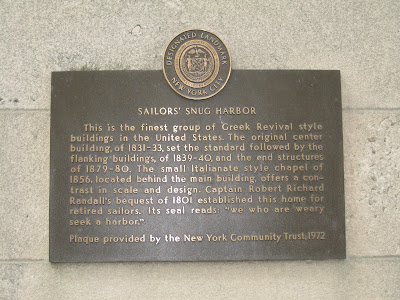 In 1801, wealthy New York sea captain Robert Richard Randall founded a charity dedicated to providing for aged seamen, who in the 19th century did not have the benefit of social security or modern retirement funds after living a strenuous life. Soon after its formation, Randall's philanthropy, one of America's first, was one of New York's wealthiest charities. 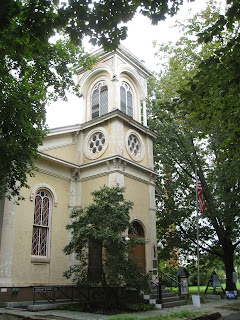 The chapel now serves as a performing arts venue 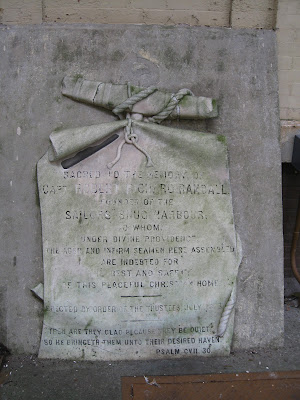 "Sacred to the memory of Capt. Robert Richard Randall founder of the Sailors Snug Harbor to whom under divine providence the aged and infirm seamen here assembled are indebted for the rest and safety of this peaceful Christian home"

At its height, Snug Harbor housed more than 1,000 retired merchant seamen and numbered 55 buildings. From 1867 to 1884, its governor was Thomas Melville, whose brother Herman penned Moby Dick. But who were the sailors who, after weathering so many storms, came to rest in Staten Island? Randall’s will dictated that residents of Sailors’ Snug Harbor should be “native-born sailors who served at least five years aboard a vessel flying the American flag.”

According to The Sailors' Snug Harbor: A History, 1801-2001, by Gerald J. Barry (Fordham University Press, New York: 2000), “The old residents of the Harbor itself, veterans of hard and dangerous lives at sea, had little in common with their benefactors in Manhattan who looked upon them as rogues and rascals. The notoriety was often well earned, because life at sea and ashore had done little to prepare seamen for polite society. Discipline aboard ship was enforced by a leather lash. On land, the wages of the solitary sailor were fair game for crimps and whores and rum mills."

The screening process denied admission to those with drinking problems, mental illness or contagious diseases. Residents were accorded the title of "captain" regardless of their career rank and they were given ample opportunities for leisure activities in the reading rooms, activity rooms and grounds of Snug Harbor.

"It was well into the nineteenth century before the harsh social climate in which mariners had always lived began to soften. Congress banned flogging and seriously undercut the crimping business [pressing sailors into service against their will]. The Social Security Act of 1933 and the formation of powerful maritime unions brought old-age and unemployment insurance, along with welfare and pension plans to the seamen. With these amenities, reports of drunkenness among sailors began to diminish.

As for the Sailors’ Snug Harbor itself, the depression years were harsh. Even when the facility’s maintenance needs were ignored, income barely covered expenses because so many Manhattan tenants were unable to pay their rent. Deferred maintenance continued during World War II, as a result, Harbor properties suffered major deterioration,” (The Sailors' Snug Harbor: A History, 1801-2001, Barry) 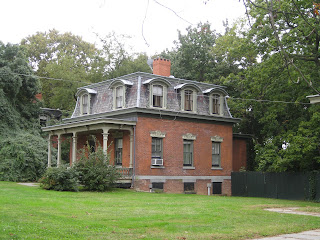 In 1950, 24 buildings were demolished in the name of modernization and the large infirmary was slated for demolition upon the insistance of the New York State Department of Health. Fortunately, in 1965 the newly-established Landmarks Preservation Commission intervened, saving the Greek Revival dormitories. 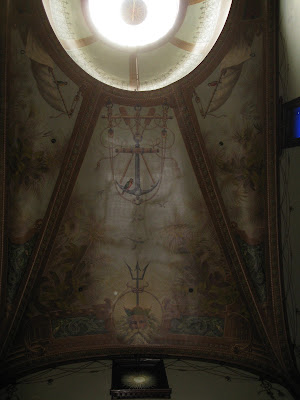 Ceiling painted with a nautical motif in one of the dormitories 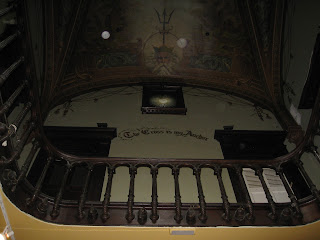 "The cross is my anchor"

During the 1970s the remaining sailors were relocated to Sea Level, North Carolina and the Staten Island campus became a cultural center. But its nautical heritage lives on, preserved in wood, iron and stone for all to enjoy, a shelter in the storm for lovers of history and architecture alike. 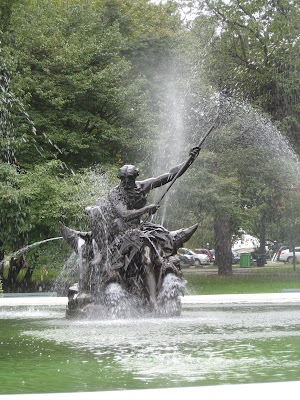