Although the strain of maintaining these grand country houses was already beginning to show prior to World War I, after the war, the ruin of such homes accelerated. The tremendous cost of the war, led to the United Kingdom dramatically raising taxes.

“The question of who should bear the costs of the First World War was a central element in the aftermath of ‘profound disorder and turbulence’ which… formed a ‘critical period in the disciplining of change, in the survival and adaptation of political and economic elites, and in the twentieth-century capitalist order they dominated,” (“How to Pay for the War: State, Society and Taxation in Britain, 1917-24,” English Historical Review, M. J. Daunton, 1996).

However, the war's repercussions weren't just financial. After the war, staff, without which these estates could not be run, was increasingly hard to find. The war broke down class distinctions and created new work opportunities. But, most notably, many of those killed in the trenches came from above and below stairs, depriving these ancestral seats of both their heirs and servants. The British killed during the war totaled 995,939 and the wounded were in excess of 1.5 million.

Many of Britain's country houses sought to stave off financial ruin through the sale of their collections of books and manuscripts, paintings, sculpture, tapestries, antiquities, furniture, textiles, and even pieces of the houses themselves. Notable country house auctions of this period include the contents of Buckinghamshire's Stowe House in October 1921 which had over 3,700 lots. Pendlebury's Agecroft Hall was sold at auction in 1925 to an American buyer and reassembled in Richmond, Virginia

The Second World War further strained such stately homes through requisitioning and the loss of country estates continued for decades. During the 1970s, increased awareness helped slow the loss and such groups as SAVE Britain's Heritage have saved and restored numerous houses. The Waterhouse building at Eton Hall, the country house of the Duke of Westminster, was razed in 1963 and replaced by a more modest structure

Castle Howard in North Yorkshire, where Brideshead Revisited was filmed, was badly damaged by fire in 1940 and much of the contents were sold off in 1944. Portions remain a mere shell.

The deaccessioning of libraries and collections of these great houses continues today with sales like this one. But many country houses have reinvented themselves in order to survive. The most successful example is probably Chatsworth House, the home of the Duke of Devonshire in the Lakes District. 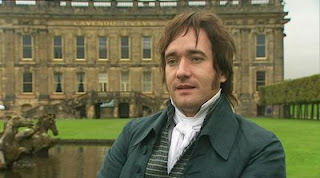 In addition to being a popular film location, Chatsworth is open to the public, an enterprise recently chronicled in a three-episode documentary.

And despite the loss of so many country estates, their dominance over the figurative and literal landscape of the United Kingdom remains. According to a recent story in The Guardian "Just 0.3% of the population – 160,000 families – own two thirds of the country. Less than 1% of the population owns 70% of the land, running Britain a close second to Brazil for the title of the country with the most unequal land distribution on Earth."

This inequality can be traced back to 1066 and the Norman invasion after which William the Conquerer declared the entire island his property and parceled out property to his allies. And, "The land grab was not the only injustice perpetrated by the Normans that has echoed down the centuries. William built a network of castles with English slave labour from which he controlled the rebellious populace by force. This method of colonisation and control was later exported to Ireland, Scotland and Wales, as the descendants of the Norman kings extended their empire from England to the Celtic nations," (ibid.). In short, history is alive and well and living in the English countryside.

The Bayeux Tapestry chronicling the Norman conquest of England